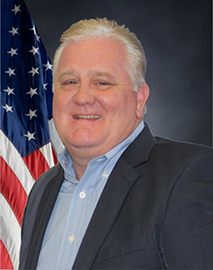 Mr. Brian Miller is the 737th Training Group's Policy Advisor for Air Force Basic Military Training. He received an Associates Degree in Applied Science /Instructional Technology from the Community College of the Air Force in 1989, an Associates Degree in Applied Science/Criminal Justice in the same year, and a Bachelors Degree in Occupational Education from Wayland Baptist University in 1997. He entered federal civil service in 2005 after retiring with 23 years of active duty military service. "I'm extremely grateful that my children had the opportunity to attend Lackland Elementary, it provided them with the confidence and educational foundation to succeed in life. It's a privilege for me to serve the Lackland community, LISD faculty and staff, and most importantly the children of our men and women of the military who serve our great nation.

Mrs. Jere Pace is currently employed as a Manpower Analyst with the 25th Air Force where she serves as the Command technical advisor regarding manpower requirements She develops, measures, and validates manpower and associated workloads while providing technical guidance and formulating recommendations on manpower processes and utilizations. Mrs. Pace holds an Associate’s degree in Human Resources Management from the Community College of the Air Force, a Bachelor’s degree in Human Resources management from Park University, and a Master’s degree in Management and Leadership from Webster University.

Senior Master Sergeant Sandra H. Wellman is the Superintendent for the Air Force Band of the West, JBSA-Lackland Air Force Base. She advises and provides trusted counsel to the unit commander on personnel, directives, policies, and programs. Sergeant Wellman hails from Lubbock, Texas and prior to entering the Air Force, she was a sought-after Clarinet Instructor and Clinician for a variety of Texas School districts. Her passion for education has afforded her the opportunity to instruct over 3,00 hours to over 350 Noncommissioned Officers as an Air force Professional Military Instructor. She is currently working towards earning her special education teaching certificate and developing a research proposal focusing on how to create an ADHD focused classroom. 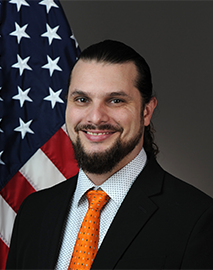